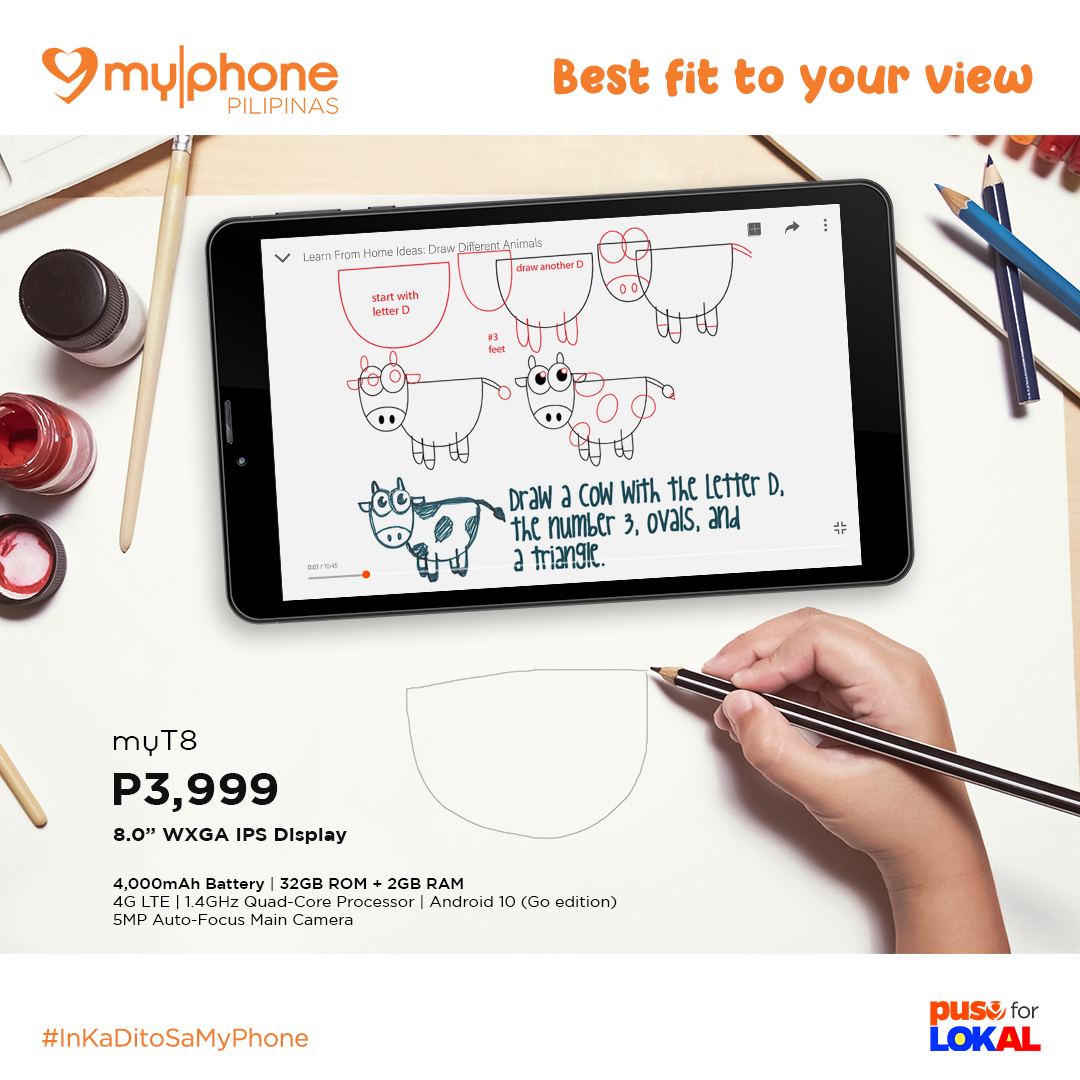 The first Filipino phone brand is set to release myT8 this week, a new Android tablet that is perfectly built for the new way of learning.

Following the announcement of blended learning early this year, MyPhone instantly worked on creating gadgets that are fit for students and their educational needs.

With the release of a new tablet this week, another is on its way to release before the end of this year.

According to MyPhone’s Vice President Kevin Tan, the new MyPhone tablets are unique than the other tablets the phone brand offers.

“These tablets to be released are built for the Filipino students and we made sure that these tablets can support all the online needs of the students”, he said.

When asked about the affordability of the gadgets, he assured that it is the number one criteria of the phone brand and has always been loyal to its market by offering affordable and quality products.

“The market does not need to worry as we will continue to offer what we’ve been offering to them ever since,” VP Tan said

“Although we’ve been continuously giving affordable gadgets for the past years, we do not let quality suffer as the price goes down,” he added. 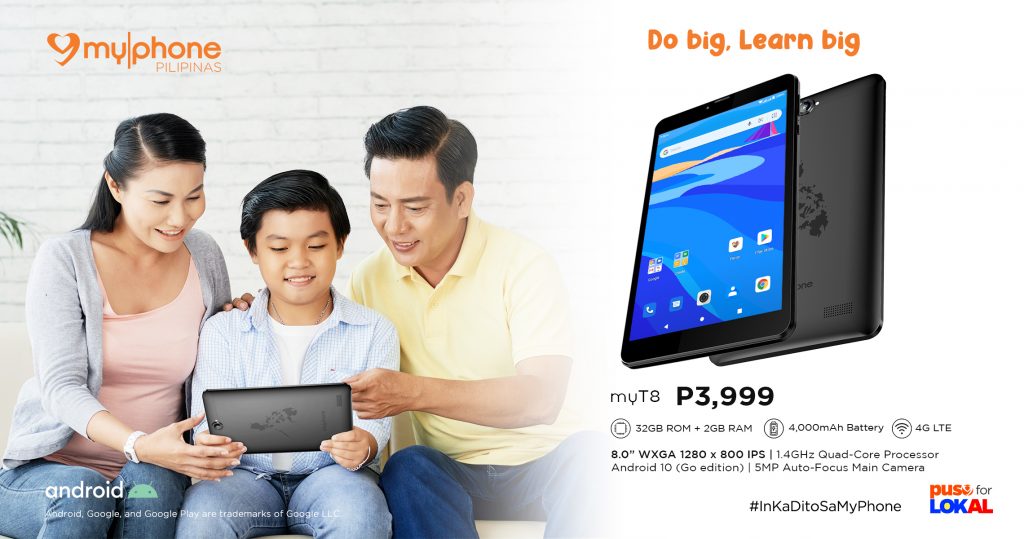 With myT8 specifications of  32GB ROM and 2GB RAM, 4,000mAh, and 4G/LTE SIM slot, it is offered and labeled as ‘online learning capable’.

myT8 will retail for only P3,999 and will be available at select MyPhone outlets nationwide and on Lazada within this week.

Here is the initial list of MyPhone stores where you can score myT8 over the weekend:
Updated as of Nov 22 (10:00am)

MyPhone myT8 is now  available at our Flagship store on Lazada.
CLICK HERE TO BUY