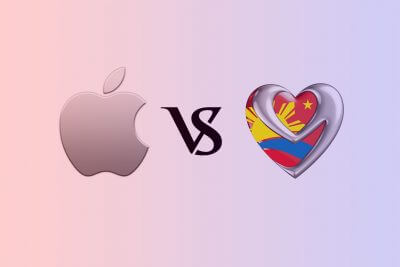 In what may be described as a case of David winning over Goliath, technology giant Apple Inc. has lost its trademark battle against local startup Solid Broadband, the company behind the MyPhone line of mobile phones.

In a decision on May 19, the Intellectual and Property Office (IPO) ruled against Apple’s claim that MyPhone, which was first launched in 2007, was a copycat of its iPhone model.

This is a case of a giant trying to claim more territory than what it is entitled to, to the great prejudice of a local ‘Pinoy Phone’ merchant who has managed to obtain a significant foothold in the mobile phone market through the marketing and sale of innovative products under a very distinctive trademark,” the decision read. Apple had complained of Solid Broadband’s application for trademark, citing “confusingly similar” resemblance to the iPhone, which it said was “likely to deceive or cause confusion.” But IPO said there was no sufficient proof to conclude that there was a confusing similarity between the two lines: “While the marks are similar with respect to the word (‘phone’), it is not sufficient to conclude that confusion among the consumers is likely to occur. ‘Phone’ is a generic term for mobile phones products.”

“The fame and popularity of iPhone in fact makes it improbable for one to confuse MyPhone product as an iPhone,” it added.